Works of fiction, horror, and muttering in the dark.

Don’t miss out on the latest issues. Sign up now to get access to the library of members-only issues. 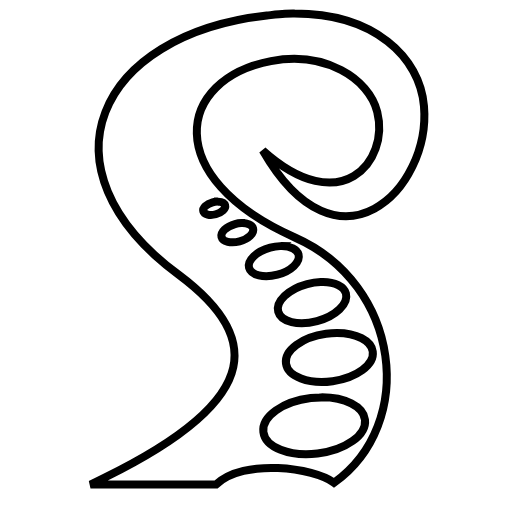 After the ship leaves Aldwin’s atmosphere, the Man and I fly to an asteroid, the tiny rock suspended above the hazy blue glow of the planet below.

We’d had a quick course on the history of Aldwin, and its satellites, natural and man-made. A dozen tiny rock chunks coast high above the surface of the planet, boosted into orbit for mining two lifetimes ago; they were old and abandoned, minerals extracted, their cores hollowed out. The empty rocks were cold and lifeless, and the shatter craters; evidence of frequent meteorite impacts, made entire mining cluster hostile to life.

As we drew closer, several pings and bangs sound on the hull, startling me. The Man, nonplussed, keeps looking forward at the sensor readouts.

“The rocks and dust.” He remarks, his voice as cold as the asteroids.

The ship continues to sing as small impacts buffet the hull. I watch as the Man follows a landing sequence checklist, punching co-ordinates into the nav-grid to plot our destination.

There’s nothing out here, where are we landing?

I peer out the main display, searching the grey and brown asteroid chunks for any sign of a carrier ship or tower. The ship moves around the side of a large rock, left of the main cluster, its surface less scared by impacts; hidden as it is behind the mass of other asteroids. Flaring pulses push me down into my seat as we push, closer and closer to the pitch black shadow side of the rock.

Falling into shadow, my eyes take a minute to adjust, and I see a dark metal port bored into the side of the asteroid. Red lights flash around the circle, and a giant hatch retracts, disappearing into blackness. The ship moves with grace, its poofs of burning gas nudge us in, and the ship settles on the landing pad with an imperceptible bump. The hatch behind the ship swings closed, and we feel more than hear a great rushing of air through the metal skin of the ship.

Huh, pressurized airlock, and big too.

He taps a code into the glowing blue keypad to cycle the ship’s airlock and it hisses open, red light pours into the ship’s cabin from the station beyond. The ramp extends down, hitting the deck with a clank, we step into the baleful light and I look around; the rusting hulks of spent drills and dead ore carts, a graveyard left by the asteroids previous owners.

Our footsteps echo, but I feel the pull of gravity, I’m lighter than usual but gravity’s not gone, just reduced.

There must be quite a spin on this hunk of rock.

He stops, pausing as a beam sweeps back and forth in the airlock, then leans into the optical scanner at a heavy, metal hatch. We step through into a long hallway, red lights blink from the corners, scanning and watching; expensive military hardware, blanketing the station in an inescapable sensor net. We step over a small train of round spherical bots as they scuttled into a maintenance tunnel. Money is backing this operation, installing all this hi-tek inside a dead mining rock would cost a pretty penny.

We turn several times and I lose my bearing, the square long hallways blurring into each other, as we proceed deep into the asteroid. We stop at an open hatch, a blinding white light beckons from inside.

“After you.” he gestures, arm out, palm open, guiding me in.

I step through, blinking in the brilliance. My eyes adjust, and before me is a room, though how large or small, I can’t say, the sheer whiteness of the place removes all reference of distance, or up, or down. I’m dizzy. In the centre of the room, suspended above the floor with two delicate arcs, lies a large, flat steel table, my destination. Above it, a large machine perches, a mantis of gleaming chrome and sensors, dormant, but waiting.

“Ready?” The Man asks, annoyed with my hesitation.

“For ‘modifications’?” I venture.

“Yes, for… modifications. We’ll make a new man out of you.” He chuckles to himself, and a frenzy of butterflies stir in my gut.

“Take off your uniform, sit on the table and wait.”

Too late to back out now.

I look at his face; I doubt I’d live beyond my next breath if I back out now. His steely gaze makes me self-conscious, I turn to face the horrible machine, and strip my clothes off. Behind me, I hear his footsteps and then a heavy clank as the hatch shuts behind him.

Naked and waiting, I’m startled by a whir as the air circulator kicks on, I shiver in the draft, goosebumps rise on my arms.